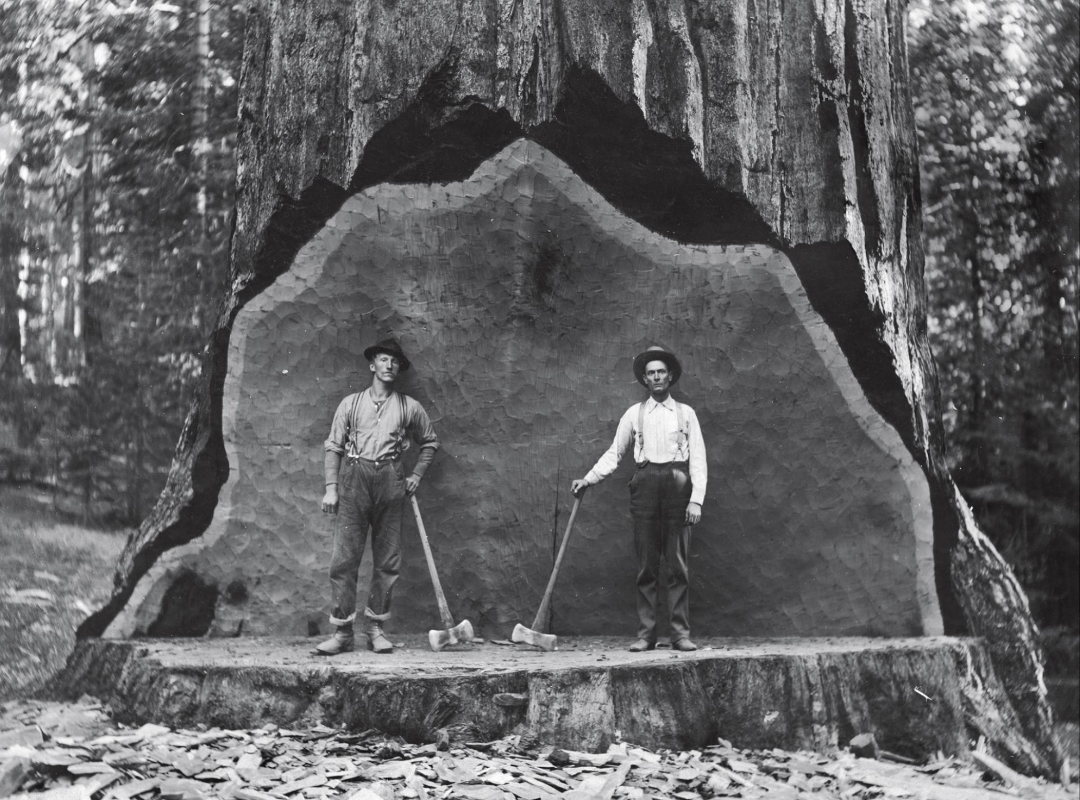 [Above] This was a Giant Sequoia tree (Sequoiadendron giganteum) in the Converse Basin in Fresno County, California. The Basin was once the second largest Giant Sequoia grove in the world, and contained about 6,000 giants that were over 100 feet tall. Most were cut in the logging frenzy that lasted from 1892 to 1918. John Muir and President Theodore Roosevelt worked together to slow the logging of these magnificent trees. About 75 of the large trees survived and can be visited today. 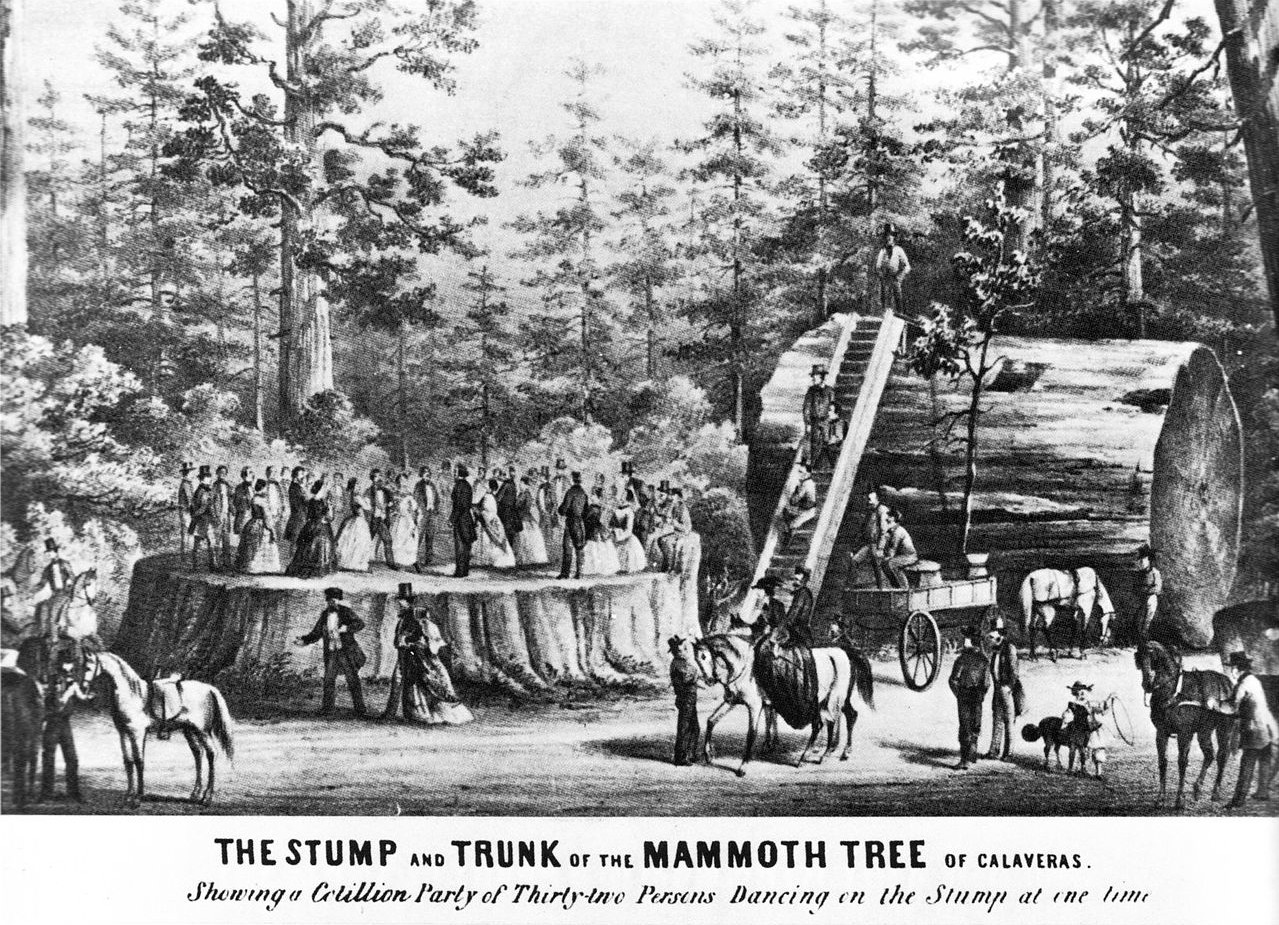 [Above] The final swipe of ax or saw that brought down this Giant Sequoia tree was made on June 27, 1853. Outrage over its destruction is said to have begun the conservation movement in the United States. Gasoline was poured on that outrage when a local hotel rented the land containing the stump and sponsored cotillions for its privileged guests who danced on the stump and bowled on two lanes built atop a portion of the trunk. 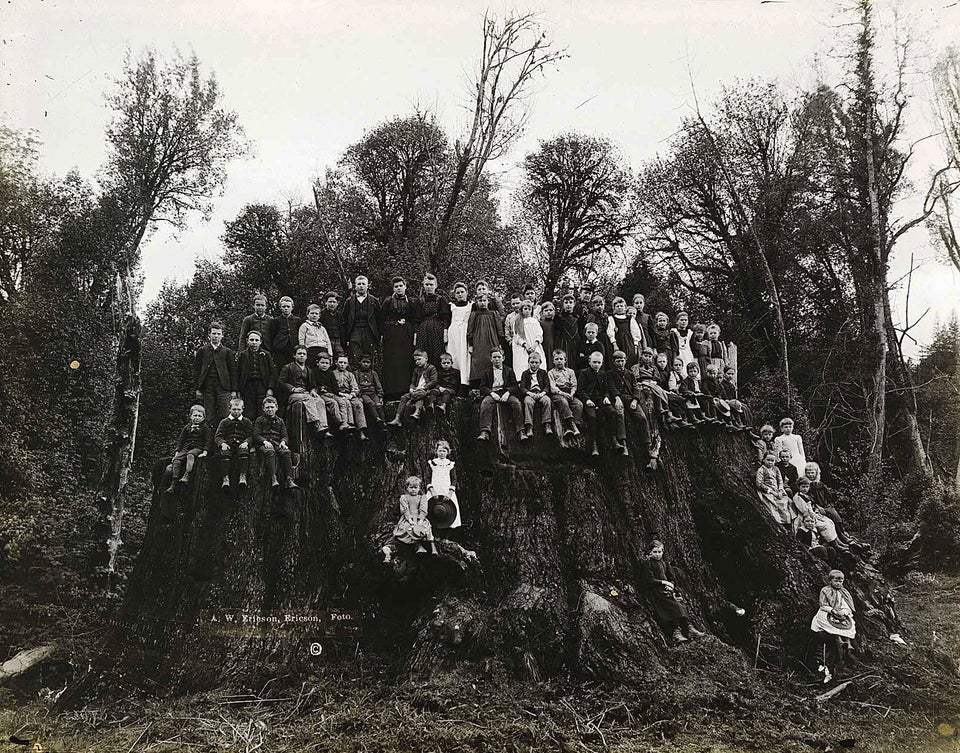 [Above] This was a Coast Redwood tree (Sequoia sempervirens). At the time of its death in 1890, it was the tallest tree in the world. Oral histories suggest it was cut down to settle a bet among wealthy drunks whether a cross-section of the trunk would be large enough to seat 40 guests for a meal.